Students filming inside the power station.
Murphy Ranch in the hills of Los Angeles was originally designed to be the west coast home and US Nazi Capitol for Adolph Hitler, if the Nazis won WWII. It was built by Hollywood Nazi sympathizers, but was raided by federal authorities shortly after the bombing of Pearl Harbor. The ranch had 22 bedrooms, it's own water supply, garden, bomb shelter, and power plant. The ranch turned in to a artist colony and home to novelist Henry Miller, but is now abandoned. It is now part of the California Parks system and is a popular hiking destination. 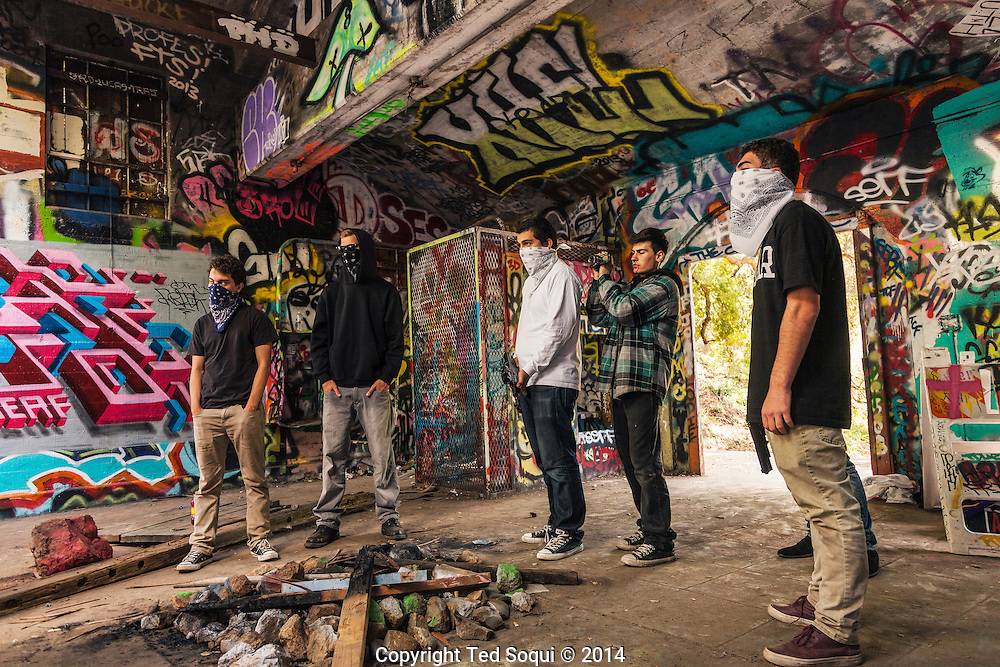