A tree that broke apart as Roger Roadas' car hit. during the accident.
An informal street memorial for Paul Walker, key actor in the "Fast and Furious" film enterprise, and Roger Rodas, race car driver, who were both killed in a solo car auto accident in Valencia, CA. The memorial was held at the crash site, and featured several cars Paul Walker drove in the "Fast and Furious" films. Thousands of fans and car enthusiast showed up to pay their respects. 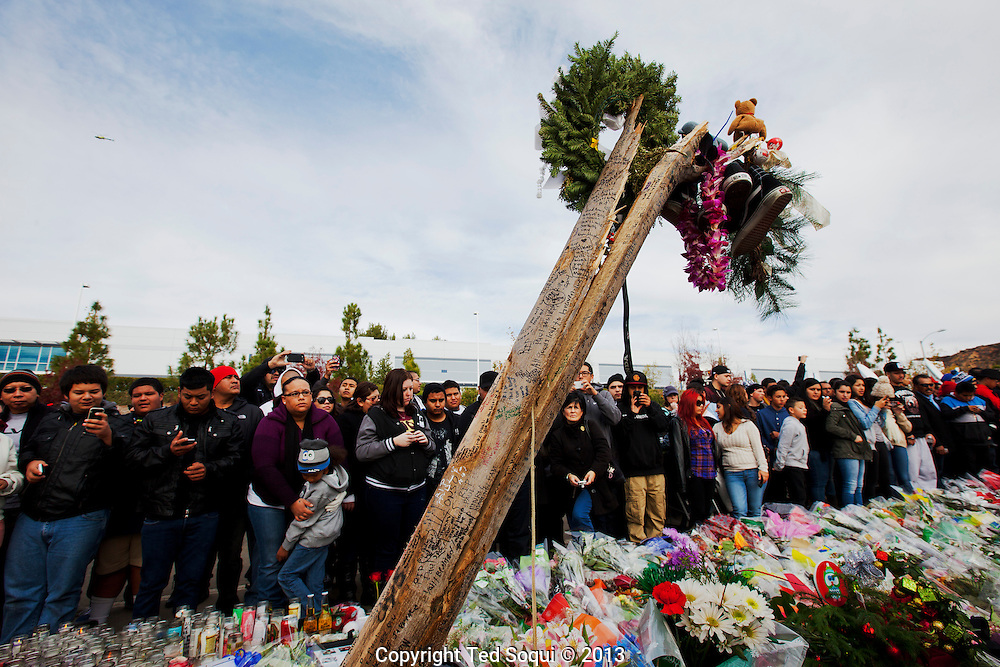