22 years ago I went to several gun ranges in Los Angeles to photograph a post-riot Los Angeles. There was a huge spike in gun sales after the 1992 LA Riots. The ranges were full of new gun owners testing out their weapons. I set up a background and used a 501 Hasselblad with a 120mm lens and Tri-X 120 film.
This is a small sampling of the folks I met. 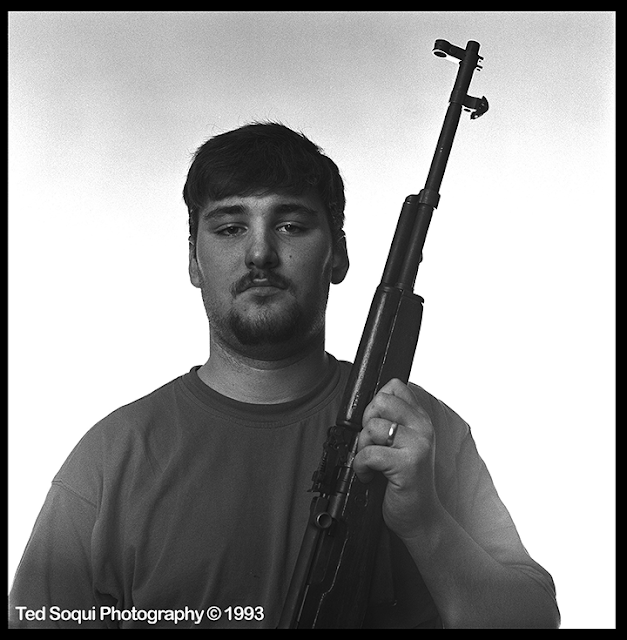 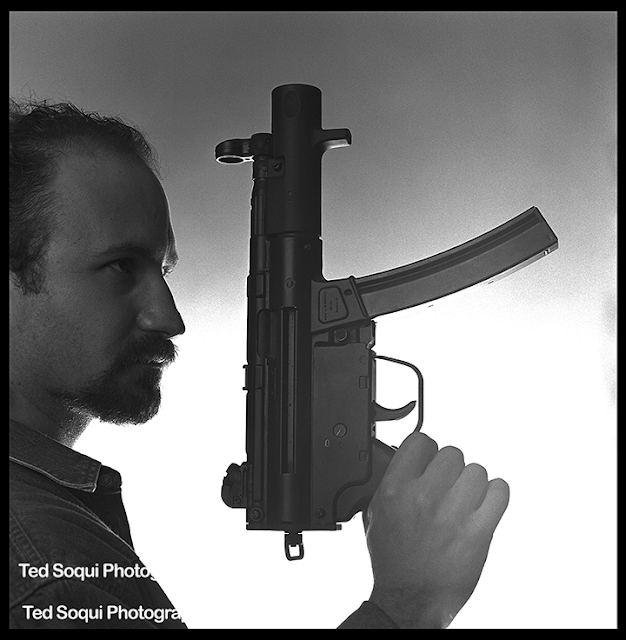 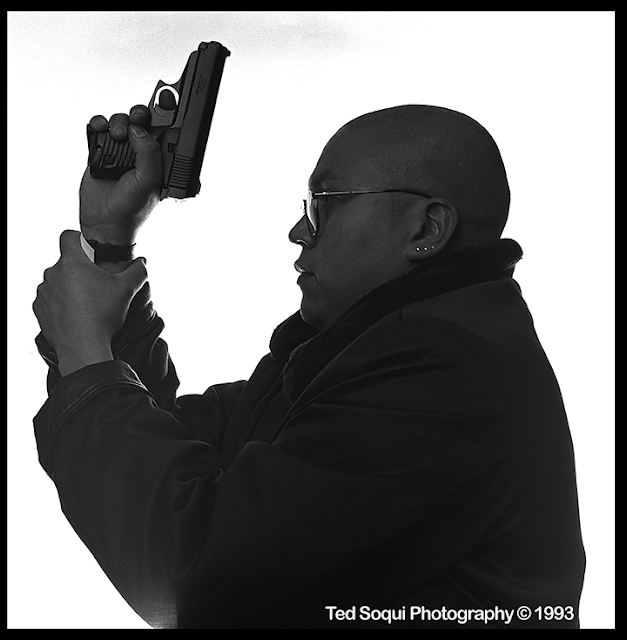