Two Fullerton police officers were charged today with second-degree murder, involuntary murder, and excessive use of force, in the beating death of Kelly Thomas by the Orange County District Attorney.
Thomas was beaten, tased, and eventually had his throat crushed by up to eight Fullerton police officers on July 5. 2011. Thomas was a un-armed mentally ill schizophrenic homeless man living on the streets of Fullerton. 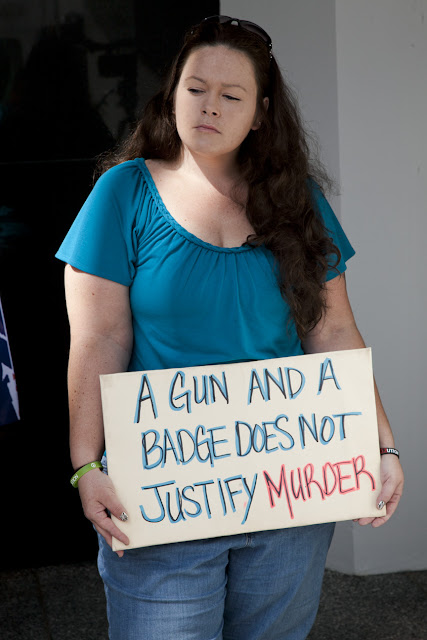