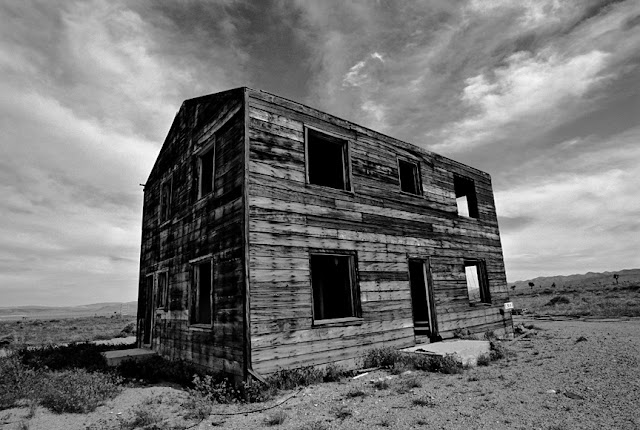 A lone wooden two story test home used in an atmospheric nuclear detonation experiment back in the 1950's.
Nearly 1000 nuclear devices were detonated at the Nevada test-site between 1951-1992.
People in Las Vegas would often see and feel the detonations from the strip hotels.
The test-site is no longer used due to the Comprehensible Test Ban Treaty that was signed in 1992.
Most of the site is still highly radioactive, monthly tours are available.