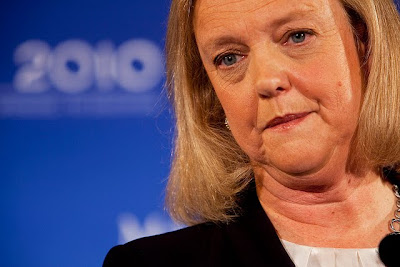 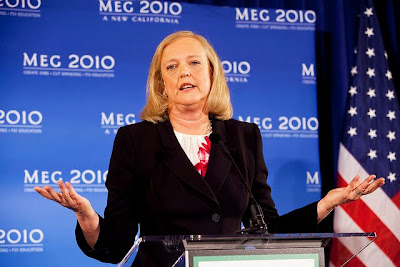 Gubernatorial candidate Meg Whitman faced the press today answering questions about hiring then firing her maid, Nicky Diaz. Whitman claims she did not know Diaz was here in the U.S. working illegally without any documentation.
Diaz also claims Whitman abused her verbally and financially, Whitman denies the claims. Whitman and her husband, Dr. Harsh, claim Diaz stole mail that would prove that she was here illegally. They now have a lock on their mailbox and pick up the mail themselves.
When asked by a T.V. reporter to take a lie detector test, a la Maury Show, to prove here innocence, Whitman said that she would be happy too.
Photos and footage by Ted Soqui © 2010
at 9:43 PM