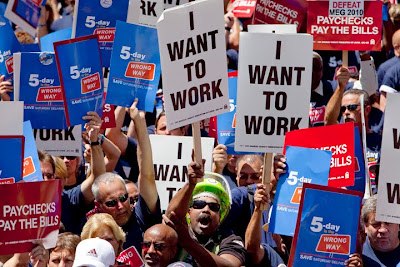 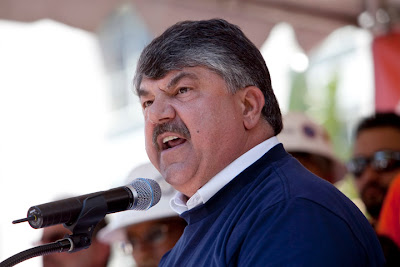 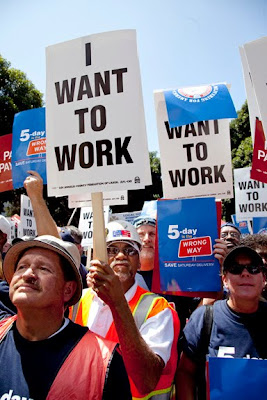 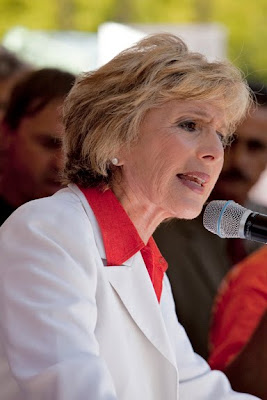 U.S. Senator Barbara Boxer.
Hundreds of union members from all over the U.S.A. attended a pro-union labor rally on the south lawn of L.A. City Hall today. Most of the laborers were U.S. Postal workers fighting to keep their 6 day a week mail service jobs. Postal administrators are looking to cut mail service to 5 days a week, down from six, to help cut cost and meet budget concerns.
U.S. Senator Barbara Boxer along with AFL-CIO union president Richard Trumka spoke to the crowd of laborers.
Photos by Ted Soqui © 2010
at 5:54 PM