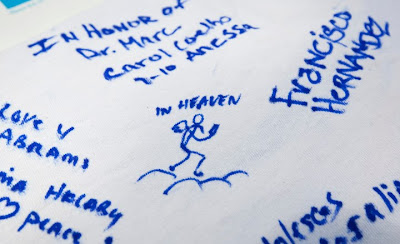 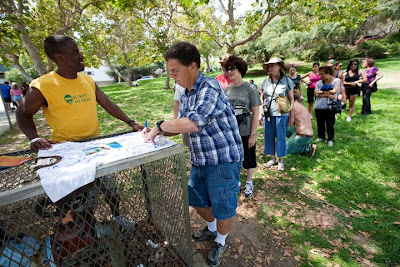 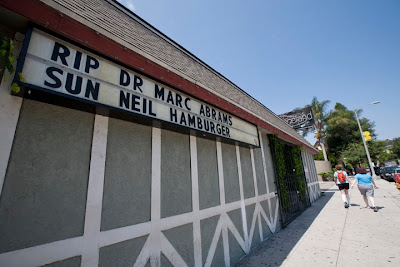 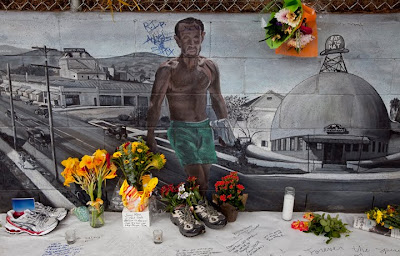 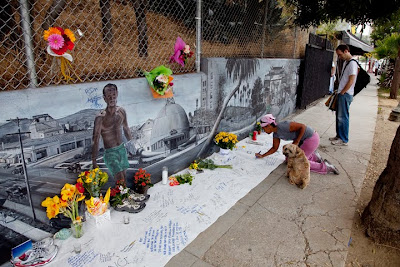 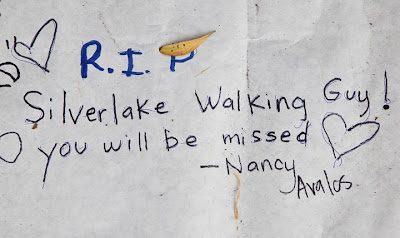 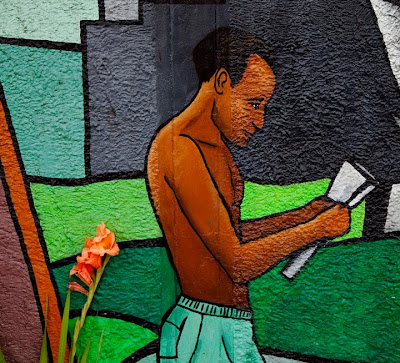 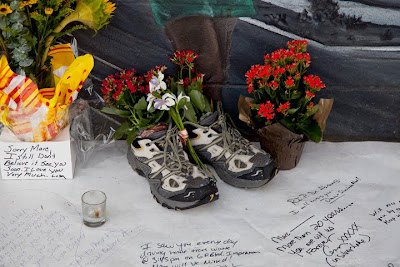 A long time fixture of Silverlake, the "Walking Man" or "Walking Guy" he had many monikers, had died at the age of 58. The Walking Man, Marc Abrams, was found dead in a hot tub at his Siverlake residence.
The Walking Man was known to just about every area resident of Silverlake. He would often be seen reading something as his circumvented Silverlake by foot everyday, sometimes several times a day.
I never seen he stop for very long or hang out, he just walked and walked and walked.
Stopped by a mural that he was featured in on Sunset Blvd. and Vendome. The folks that stopped by were sadly surprised to here of his death, some left flowers, others left shoes. Everyone had the same story, they've seen him everyday just walking and walking.
There will be a memorial walk in honor of the Walking Man this Sunday. Meeting at 1850 w.Silverlake Blvd. at noon.
Walk on "Walking Man."
Photos by Ted Soqui © 2010
at 10:09 AM