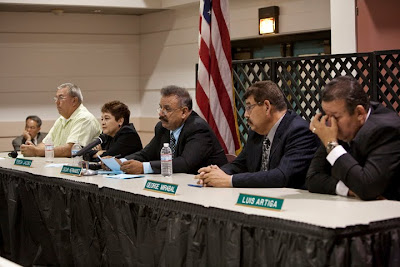 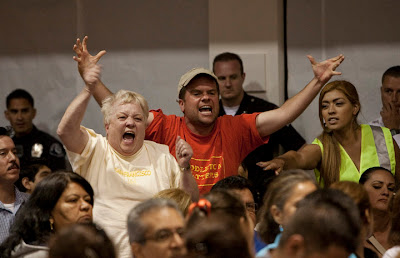 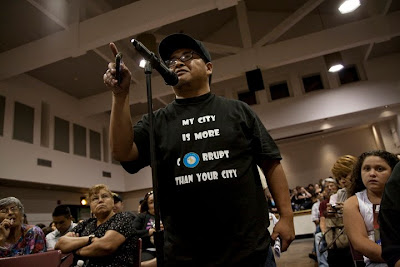 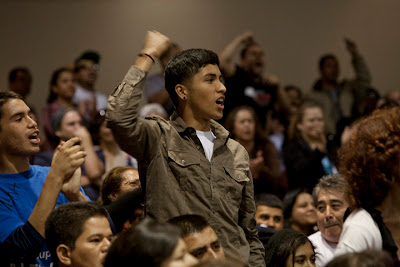 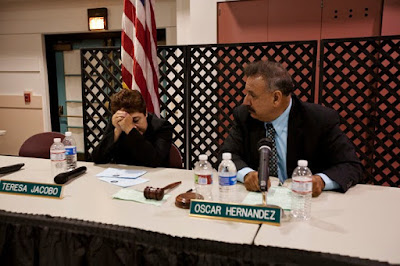 Hundreds of boisterous Bell residents filled the Bell community center to voice their feelings at the current members of city council and their mayor. The Bell mayor, city council, and police chief all had super high salaries with several making more than than President Obama. Many of the residents of Bell live close to poverty levels.
Several residents called for the city officials to resign and give tax refunds. Others attempted to shame the city officials into resigning and verbally abused the politicians. The meeting ended at midnight.
Photos by Ted Soqui © 2010
at 3:49 AM