Tour of California in Downtown L.A. 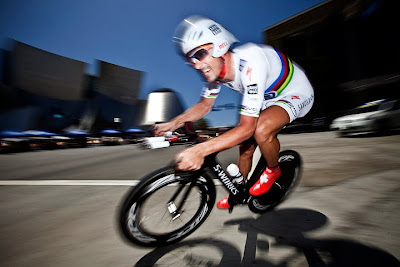 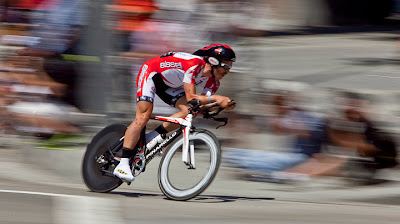 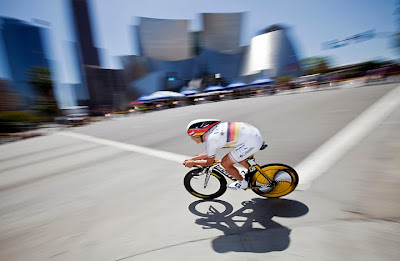 The Amgen Tour of California held it's stage 7 time trial in downtown L.A.
The time trial, often called the "race of truth", was without RadioShack rider Lance Armstrong who crashed out of the Tour two days ago. There were smaller crowds due to Armstrong's absence.
The 20.9 mile (33.6K) course snaked it way through downtown wrapping it's way around many L.A. landmarks including the L.A. Coliseum and the Walt Disney Concert Hall.
It was a perfect weather day, nice and sunny and not too warm.
Photos by Ted Soqui © 2010
at 4:53 PM