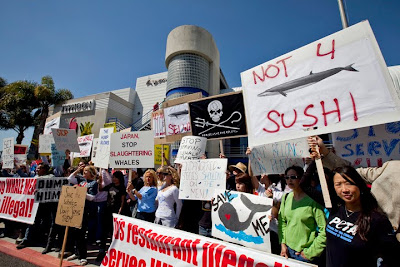 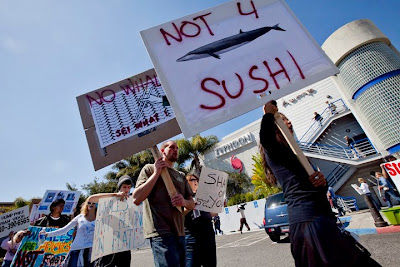 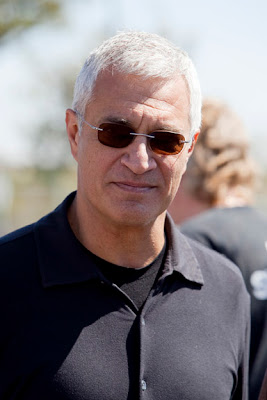 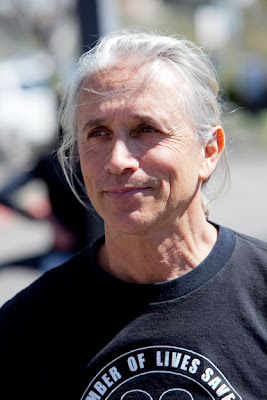 Ady Gil
200 people protested outside of the uber-trendy Santa Monica sushi restaurant, The Hump, today for selling illegal whale meat sushi. The Hump was charged by federal officials in a month long undercover sting of selling Sei whale meat sushi on a clandestine menu. Whale meat is illegal to sell in the U.S., and the restaurant and sushi chef are facing hefty fines for providing it as a menu item.
Louie Psihoyos, the Oscar winning director of "The Cove," spoke at the protest along with Ady Gil.
Ady showed me his plans for the Ady Gil 2, he wouldn't allow me to photograph them though. All I can say that it was be totally awesome and capable of speeds of around 50 knots. The Ady Gil 2 will be comprised of mostly light weight carbon fiber, have 4 big engines, and will be made in New Zealand.
Photos by Ted Soqui @ 2010
at 4:14 PM