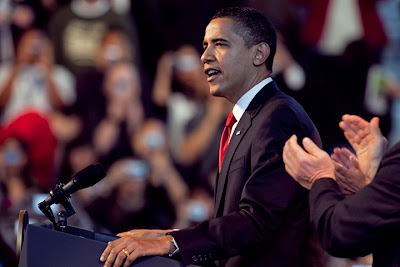 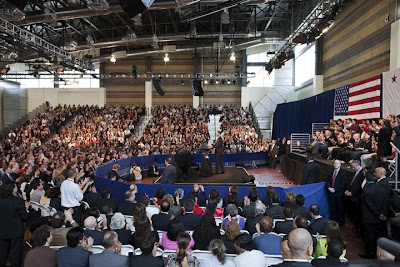 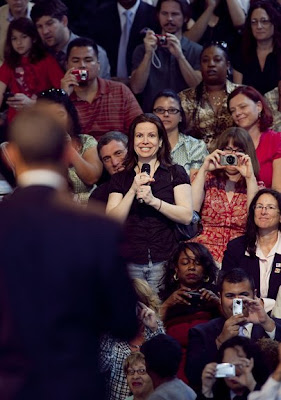 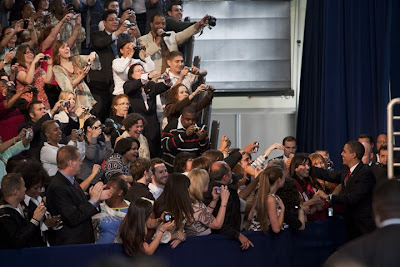 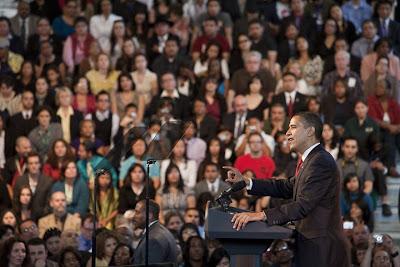 President Barack Obama held a "town hall" style meeting at the Contreras Learning Center in downtown L.A. The President also spoke on tax issues, AIG, and reform in education.
2000 Angelenos were in attendance for the meeting, and a lucky few got to ask him a question or two.
The President went on to Burbank to appear on "The Tonight Show With Jay Leno," then headed back to Washington D.C.
This was the President's first visit to Los Angeles since being elected to office.
Photos by Ted Soqui c 2009
at 1:21 AM