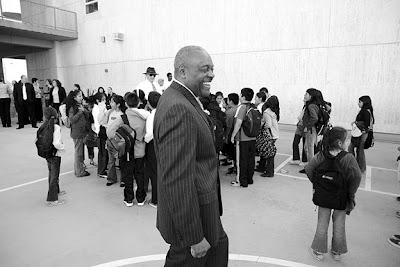 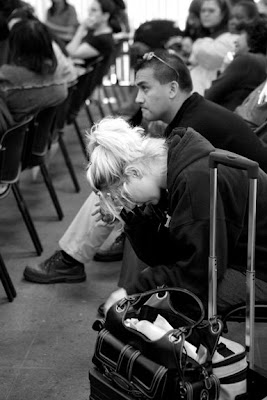 The Los Angeles school board voted to end David Brewer's position as Superintendent today. The politically motivated vote was 5-2, with board members Julie Korenstein and Marguerite Poindexter LaMotte as the dissenting votes.  The board decided to lead the school district in another direction according to the board president, Monica Garcia. Brewer has fallen out of favor with Mayor Villaraigosa, Ex-Mayor/Millionaire Riordan, and Billionaire Eli Broad. Their decision to out Brewer won't cost them one $, and will leave the City of Los Angeles to pay Brewer an annual salary of $300,000, $45,000 a year for his expenses and a $3,ooo a month housing allowance. Brewer is entitled to 18 months of severance or about $500,000. It's all about the children, just not the children of Los Angeles.
Photos by Ted Soqui
at 2:28 PM