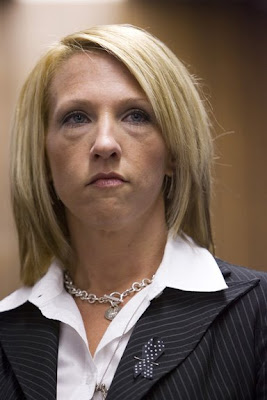 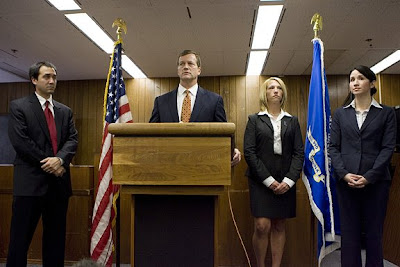 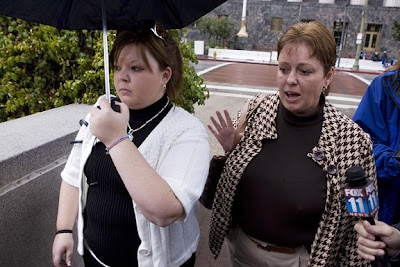 The MySpace suicide trail ended today with three guilty verdicts against Lori Drew, the 49 year old Missouri woman who created a fake MySpace account to torment 13 year old Megan Meier who ended up killing herself. Lori Drew was not convicted on the more serious felony charges of using a computer to intentionally inflict emotional distress on Megan Meier. Megan's mother Tina Meier spoke to the media at a press conference after the trial. She told the media she wished for guilty verdicts on all four felonies against Drew, but called the three convictions "a victory." She also said "this is not about vengeance," "this is about justice for Megan."
Click here for my LA Weekly slideshow.
Photos by Ted Soqui c 2008
at 4:58 PM