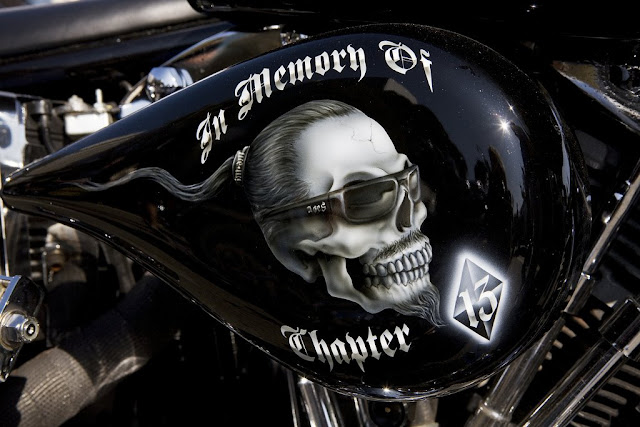 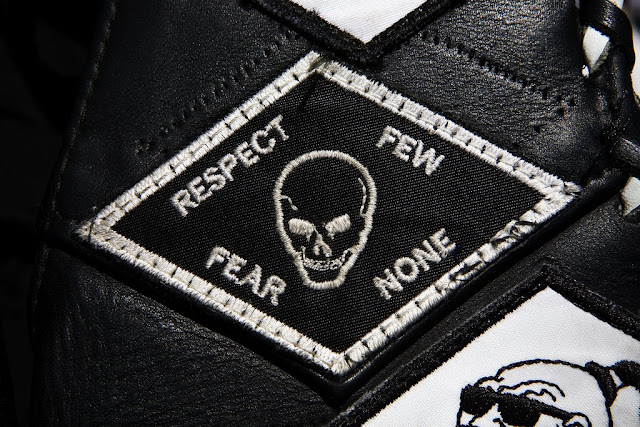 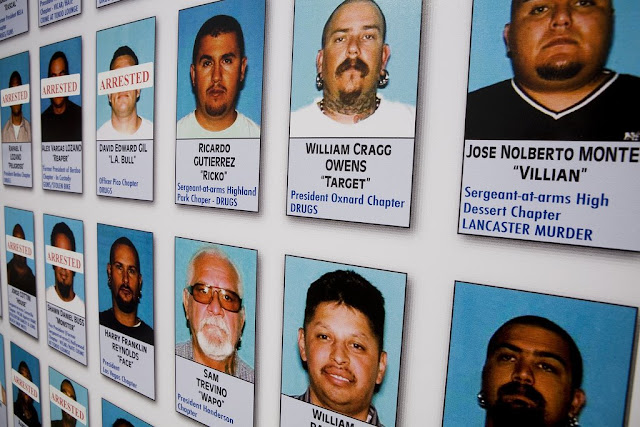 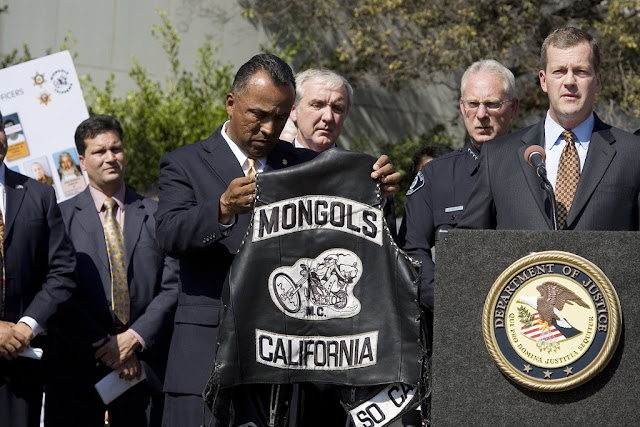 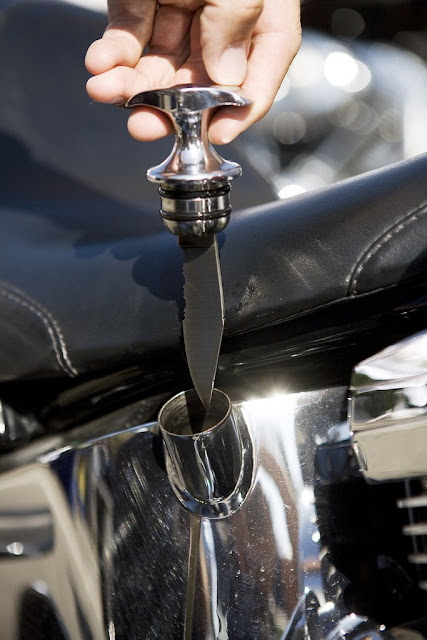 Sixty-one Mongols motorcycle gang members were arrested in a multi-agency nationwide sweep today. A press conference was held on a blocked off street behind LAPD's Parker Center in Downtown LA to display items seized from the gang. Over twenty custom choppers, Mongols vest with official Mongols patches, and guns were on display for the media. The operation code named "Black Rain" was a three year probe into the Mongols gang, with several male and female police officers going into deep cover to infiltrate the Mongols organization. The Mongols were involved in hate crimes against blacks, drug trafficking, fire arms violations, and assaults.  Federal government officials vowed to go after the Mongols' intellectual property, including logos and websites to make them illegal to wear or display without seizure and arrest by police.