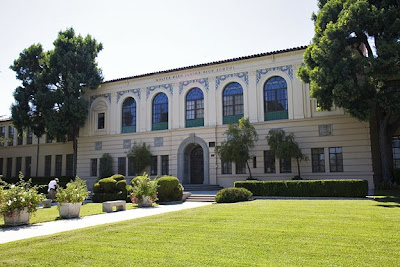 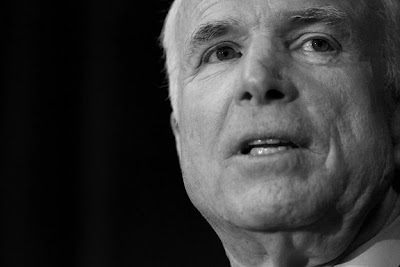 Walter Reed Junior (Middle) High School located in North Hollywood, CA was featured as a backdrop for the first five minutes of John McCain's acceptance speech last night at the RNC. Most TV viewers just saw a glimpse of the wide shot that featured Walter Reed Junior High. The camera angle was mostly a tight shot for the first few minutes of the speech, which had an unusual green background that was a detail of Walter Reed JHS's lovely lawn. John Heaner, a Walter Reed Middle School PTA member and Region 13 Director of the Democratic Party, held a press conference outside of the school to claim John McCain and his campaign is out of touch because of the featured photo which was supposed to be the Walter Reed Army Medical Center located in Washington, DC. The shot was quickly changed to a lone US flag waiving on a angled pole for the rest of the speech.
Photos by Ted Soqui c 2008
at 3:37 PM