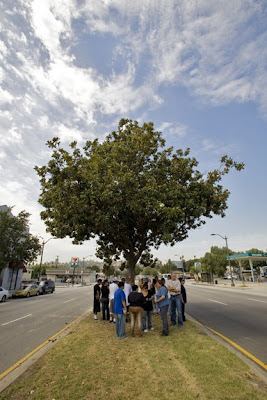 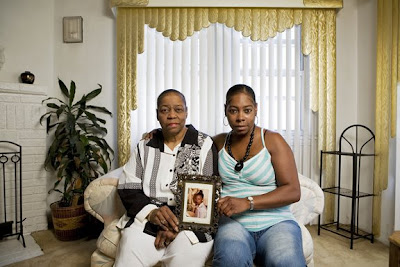 It's been a tough week on Angelenos.

Had two assignments this week that oddly crossed paths with grief.
The first was to photograph two families that each had a family member killed by a serial murderer over ten years ago. The story, by LA Weekly writer Christine Pelisek, is about an elusive serial murderer who has taken a 13 year hiatus and is back and killing again in South Central LA.
Photographing each family was difficult on them and myself. They were reminded of the memories and pain of loss as they held their last and only pictures of their lost ones. The photo shoots ended as quickly as they started. I can only hope that it helps to catch the killer and give the families some way finally to end their grief and pain.

My other assignment was to photograph the site in Eagle Rock where four people were killed in a horrific car crash.
This shoot was really tough to do. Upon reaching the crash site, two dozen people where standing around a tree where four people died. I starting shooting photos from a distance, by the 5th frame I'm completely surrounded by an angry mob. They scolded me for taking photos and threatened to fully kick my ass. Cooler heads took over and the situation diffused as we each went our separate ways.

Photographing grief will never be easy, but it be necessary to fully tell the our stories.