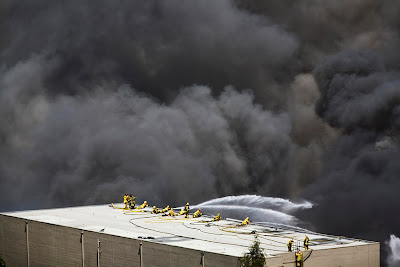 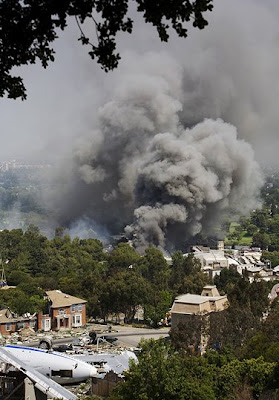 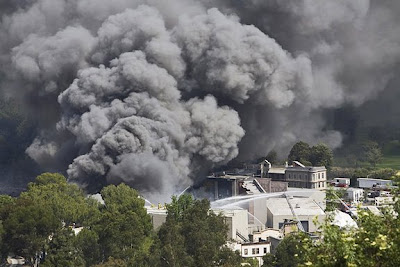 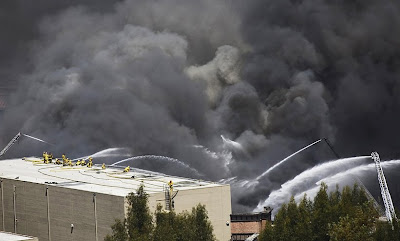 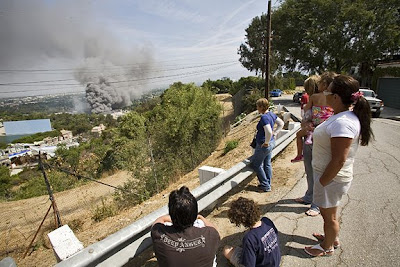 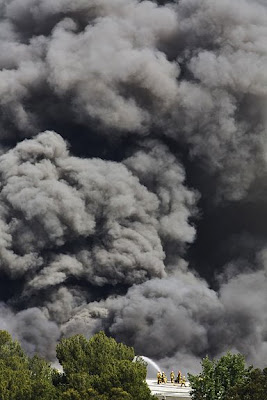 A massive fire burned the back lot of the world famous Universal Studios. Several building and historic movie sets burned to the ground including the "Back to the Future" clock tower, "New York Street", and the set from "King Kong." A video library also burned and poured toxic black smoke into the sky for several hours. Over 400 firefighters fought the heavy smoke and flames for most of the day. The black smoke could be seen for miles. Universal City Walk and Universal Studio Tours closed for the day due to the fire. Cause of the fire has yet to be determined. Also, thanks to Jonathan Alcorn for waking me up and alerting me to the incident.
Photos by Ted Soqui c 2008
at 4:54 PM