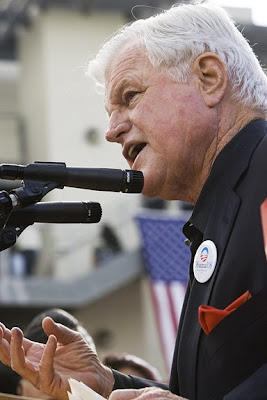 It was reported today that legendary lawmaker Senator Edward "Ted" Kennedy has a malignant brain tumor. He is expected to undergo chemotherapy and radiation treatment. Survival rates for this type of cancer are sadly dismal, and the treatments are often debilitating. My prayers and well wishes go out to Senator Kennedy and his family. I was also named after the Senator. Ted.
Photo by Ted Soqui c 2008
at 12:24 PM