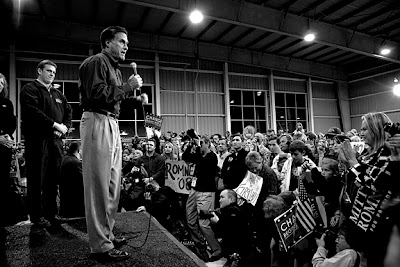 Republican presidential candidate Mitt Romney held a rally at a Long Beach Airport hanger. With less than 24 hours notice, about 1500 people showed up to support their candidate. Mitt also declared that "there is something going on in California." He's right, people are going to the polls to vote for his rival John McCain.
Photo by Ted Soqui c 2008
at 11:26 PM