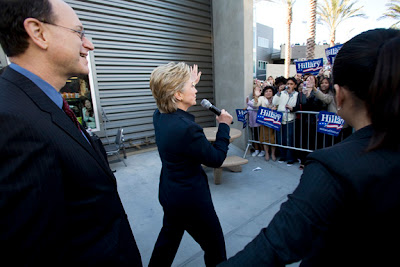 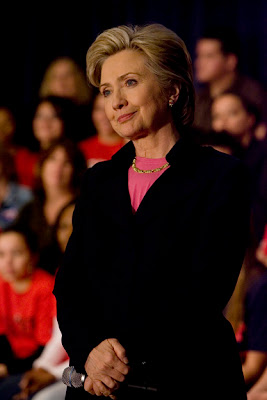 On the 14th anniversary of the Northridge earthquake Senator Hillary Clinton made a campaign stop at CSUN. She held a town hall style meeting and spoke of her economic plan which included a 90 day freeze on home foreclosures and then freeze interest rates for 5 years on high interest ARM home loans. She also said that she would have all of the troops back home within sixty days of taking office. Mrs. Clinton finally looked and sounded very presidential.
Photos by Ted Soqui c 2008
at 9:51 PM