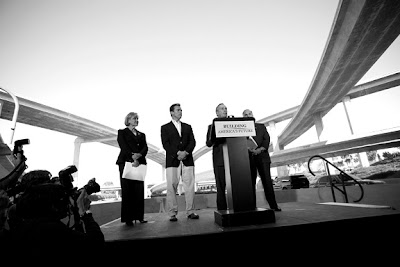 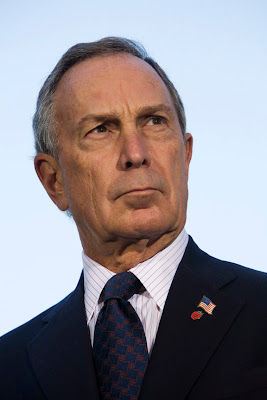 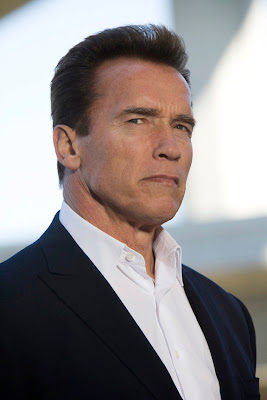 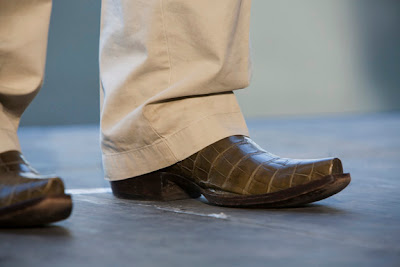 CA Gov. Anrnold Schwarzenegger, NYC Mayor Michael Bloomberg, and Penn. Gov. Edward Rendell held a press conference under the 110/105 freeway interchange. The called on the Federal Government to help pay for badly needed US infrastructure repair. Mayor Bloomberg noted recent infrastructure failures from New Orleans' levees to Minnesota's bridge falling in to the Mississippi River. They also called on the private sector to help out. Gov. Schwarzenegger also stated that he would not endorse any presidential candidate. Mayor Bloomberg also denied that he is running for US President. Governor Schwarzenegger wore the most amazing pair of boots to the press conference.
Photos by Ted Soqui c 2008
at 5:24 PM